Pompeii
Pompeii
From: EUR 250 Per Day per night 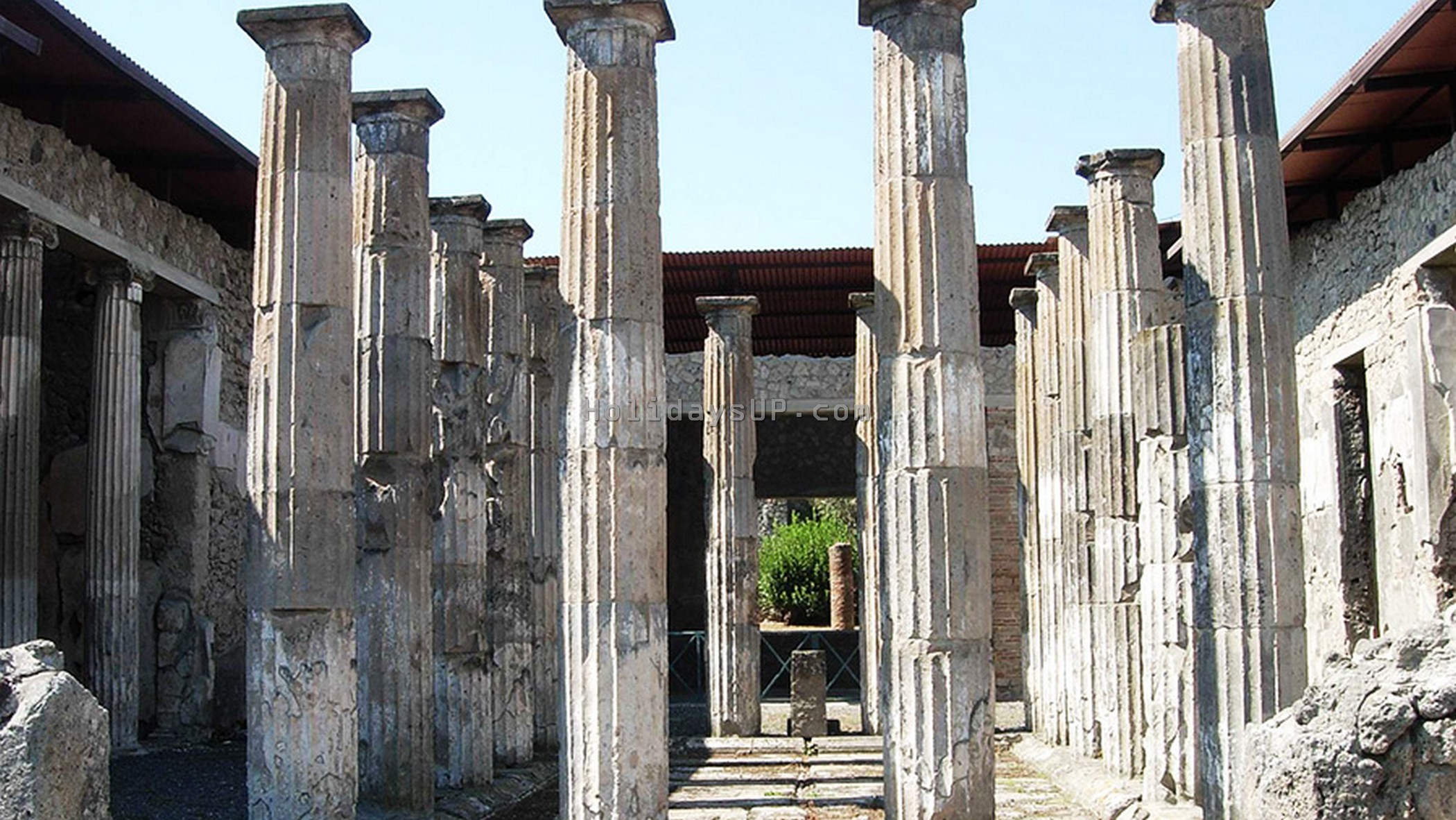 POMPEII CAR TOUR – HALF DAY:
The ancient Roman city of Pompeii was destroyed and buried by the eruption of Vesuvius in 79 A.D, preserving it forever exactly how it was when the eruption occurred. Your private local licensed Pompeii guide will take you on a fascinating tour through this once thriving empire of nearly 20,000 inhabitants that was completely covered in 30 feet of volcanic ash. Take in the baths, villas, theatres and wrestling grounds.
Pompeii, historical town, is one of the most famous archaeological site of the whole Italy. Its ruins are part of an ancient Roman city destroyed and buried by the eruption of the volcano Vesuvius in 79 A.D.. For 1500 years it has been covered by heaps of ashes until 1748, when excavations were started.
The city, with its elliptical plan, was divided by streets that intersecting themselves formed a net-shape. Now, it’s possible see the Civil Forum, a big rectangular square, which was the very heart of Pompeii, the temples of Jupiter, Apollo and Vespasian, an imposing Amphitheatre where more than 12.000 spectators could attend gladiators shows and above all it’s possible see the rests of everyday life as it was almost 2000 years ago: meals and bread just cooked, young lovers still sleeping and persons trying to find refuge under the arcades.
Today, we find well conserved wooden objects, furniture, allowing us to record customs, traditions, and art from a Roman era. Many of the artefacts now are housed in the National Archaeological Museum in Naples, others in the local Antiquarium.

Review the dates and confirm your booking